“It was drizzling slightly, and all the joyous spring flowers were lying down, like young soldiers slaughtered on a battlefield.” – Louise Penny, The Cruelest Month

I have always been fascinated by graveyards. Perhaps I have mentioned this before?

A firm believer in the innate goodness of humanity, I have nonetheless often found myself both intrigued and repulsed by the same species’ capacity for extreme violence. Especially today, in the midst of the 24-hour-non-stop news cycle, it can sometimes seem that for every kind act being committed on this earth at any given time, there are simultaneously 2 or 3 acts of cruelty.

As mentioned in an earlier post piecing together my thoughts on Culloden, this view of the world is driven even harder home when walking through places that have experienced some kind of great tragedy – usually a tragedy visited on the desperate and suffering many by the powerful and culpable few. A battlefield, any battlefield, no matter how overgrown or developed in the intervening years since it last saw action, is one of these places.

A graveyard is another. So often the final trace of so many young lives cut horrifyingly short by disease or accident or, in many cases, violence. There seems to be a natural human affinity to be curious about our darker side – just look at the crowds of people who stream into movie theaters to watch the next slasher flick, or bio-pic about this war or that, or turn on their TVs to watch increasingly gruesome historical reenactments – realistic though they may be in their disturbing amount of hacked up humans. Look at the phenomenon that is Game of Thrones, the books or the show. The entire point of those novels is to relish in the violence and uncertainty of life in a Medieval-Era realm where the rules of chivalry and kindness don’t apply and no one, no matter how well-liked by the author’s fans, is ever safe. And thought I abhor violence in real life… I love those books. I am no more immune than anyone else.

And yet, a graveyard fascinates me not because of the representations of violence they contain but rather because they are the place where the two sides of humanity meet in peace – the light and the dark, if you will. Though you may walk through a graveyard and note the short lives of so many of those interred, you should also note the care with which many of them were buried. Even if they have been gone far too long to be actively remembered by anyone, someone cared enough about them to ensure they were buried with a marker, however grand or simple, that at least stated their name, when they entered and exited this world, and perhaps even a personal line to give a small hint of who they might have been in life.

Even hundreds of years after some have passed away, you may find descendants seeking out their final resting place and paying their respects. Even more strange, when one comes across an unfamiliar grave with the same last name, first name, or even age as one’s self (someone who died at the same age you are when you view the stone), most people feel some kind of catch in their throat. The person buried six feet under may, at one point, have been just like me.

All of this digression has a purpose, I promise. On our last day in Saint Augustus, Kristen and I took one more jaunt through the lush green countryside, this time on the other side of town. Stunning as the countryside was, the part that really stuck with me was when we climbed over a stone wall to enter the Cill Chuimein Burial Ground, which signs had been pointing towards since the beginning of our walk.

Most of the gravestones in this tiny plot were in various states of decay making them not the easiest to read, but one still got the same sense of so many lives cut much too short, regardless of the reason.

It was in researching my historical fact for this post, however, that I got on the track of graveyards, violence, and death in the first place. Originally, this was going to be a post about Scottish Sheep! Here’s a picture to prove it:

If the name Comyn sounds familiar at all, it should to anyone who knows their Scottish History. Enter the historical fact that started this tangent in the first place:

John Comyn, Lord of Badenoch, was the same Comyn who infamously met with Robert the Bruce in the church of the Grey Friars, Dumfries, on February 10, 1306. It was at this meeting that Bruce murdered Comyn in cold blood, apparently due to the fact that he would not join Bruce and his men in their uprising against the King (Edward I). Comyn’s death led to a brutal, albeit brief, civil war in Scotland, with Bruce eventually winning the Battle of Bannockburn (at which one of the last remaining male heirs of the Comyn family was killed) and was crowned King of an Independent Scotland. The Comyn clan, however, faded into political obscurity, never again to gain power or prestige.

It is in the remembrance of Robert the Bruce we see this meeting of the good and the bad in human nature. Clearly a violent and ruthless man, capable of indiscriminate murder, he nonetheless organized the Scots to rise against their merciless English overlords and thus ushered in a period of freedom for his people. He is remembered as a hero, yet another bloodthirsty human being memorialized in carved stone.

His tomb is grand, visited by hundreds of thousands of admirers every year. Who visits the burial place of John Comyn or his murdered family members? Perhaps a few more than those who visit the Cill Chuimein burial ground.

All around us, in graveyards or otherwise, there are memorials to the violence of humanity and its after-effects. And yet, these self same memorials, be they simple gravestones or grand statues, depict a life which someone saw as worth commemorating. A life which someone or many loved and adored, enough to insist it be remembered.

It’s not really surprising that most humans see no problem commemorating those who committed unthinkable acts of violence. Violent imagery and language has seeped into literature, movies, television shows and news broadcasts to the point where it has become almost ubiquitous. Just a part of human nature, as natural as the kindness we all so crave.

Only time will tell. Until that time, we can only hope the light outpaces the dark, and that graveyards continue to fill with souls who died at peace, after long and happy lives, immortalized not by their savage endings but by the immense love of those who knew them.

Until then, at least we can smile at the fact that wherever one finds darkness, there is also light. 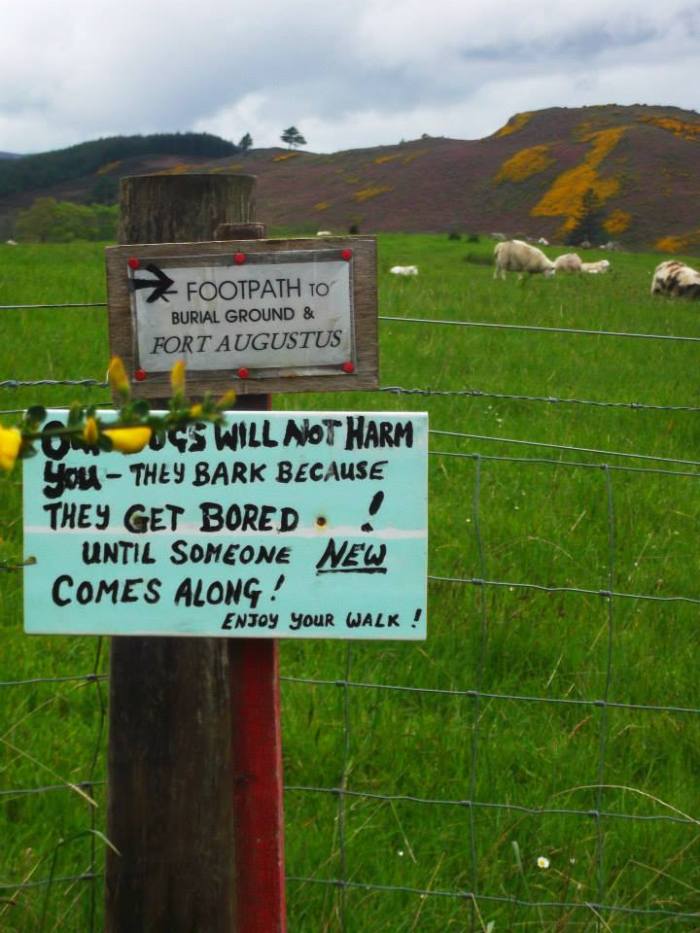 And even after all that…Life is beautiful.

One thought on “Footpath to a Burial Ground”

New post up on the blog! The Beaches of Normandy - Part Two. Link in bio.
New post up on the blog! Solidarity Sunday: Missed Milestones - link in bio ✒
My amazing Mother-in-Law surprised us today with the perfect wreath for our front door! Anyone who actually speaks the Elvish word for friend upon entering gets a prize. And it's a throwback to our literary wedding! Happy Easter weekend everyone 🌷💐🐣
For the first time in TWO YEARS I have completed a 30-day yoga journey. It took me 2 months due to my recovery from a rough 2020 but hey, I did it. I'm proud of myself and I already feel healthier and more flexible. What are you proud of today?
New Blog Post - The Beaches: Part One
Happy St. Patty's day from our little family to yours! I quite accidentally created a dinner with the colours of the irish flag in it thanks to barley risotto, carrots and asparagus... must be my Irish soul coming out 🇮🇪☘🍀. As per our public social media rules, Aria is represented by her cup and grapes 😅

Where Travel Gets Weird

Reviews, stories and much more...

Because it never stops growing...

exploring our beautiful country from A to Z