“They say it is the first step that costs the effort. I do not find it so. I am sure I could write unlimited ‘first chapters’. I have indeed written many.” 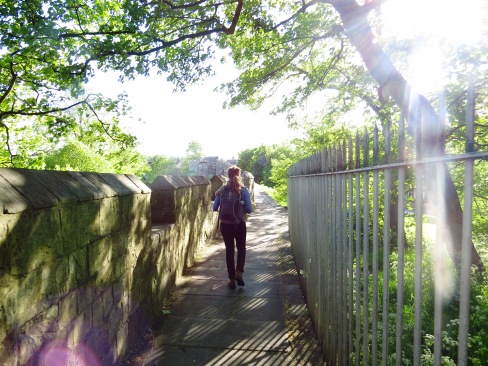 Wow, I’ve been sitting on this one for a while. I agree with Tolkien… Beginnings are easy, endings on the other hand? And so, for the past few weeks, I’ve written us out of York 5 or 6 times. None of them felt appropriate.

I’ve finally settled on something – it’s a little different from the novellas that were the last few posts. But, well, here goes.

5 Reasons Why 1 Day in York was Worth 3 Posts

Sure. London has all kind of history – and it only got one single solitary post. Don’t get me wrong, it is a truly fascinating behemoth of a city. But its status as a world capital is the precise reason why it only got one long, breathless, post. It’s HUGE.

York on the other hand, while it has sprawled far afield from its medieval origins, is not nearly as intimidating. You can get at least a sense of its history from one single visit. To illustrate this, I’ve actually, somehow, exercised enough self-restraint to save my absolute favourite Historical Fact for last.

Everyone knows Henry VIII’s infamous Dissolution of the Monasteries did irreparable damage to England and Ireland’s structural history. In order to make clear that England was turning away from the Catholic Church, Henry had his thugs destroy so many great buildings as a way of literally wiping the offending religion off the face of his land. Fast-forward to 1829. A religious structure is again set ablaze. This time, however, the offending religion is the previous aggressor, the Church of England and the arsonist? Not nearly as prestigious a historical figure as King Henry VIII. No, this time a lowly former sailor from Northumberland, one Jonathon Martin, had been biding his time hiding behind a monument in the heart of the Minster until nightfall. Once the coast was clear, he slunk (I can only assume this is how an arsonist behaves) towards the Choir. Convinced he was completely alone, he piled up all the cushions and prayer books he could find and set them alight. And then? He just left. The fire was noticed almost right away but it wasn’t until late afternoon that it was finally all put out – by which time 230 feet of the choir roof had completely collapsed. Martin had succeeded in making his point (far more successfully, I might add, than the much more well-known Mr. Guy Fawkes who was merely born in York and didn’t successfully set anything ablaze). But why, you might ask, did Martin feel the need to destroy a building that had survived so many centuries unscathed? Well. I’ll tell you. Martin was a non-conformist who believed all prayer should come from the heart rather than recited liturgy. So, naturally, he sought to destroy the city’s liturgical heart. Much like Henry VIII, Martin was not found guilty of crimes against posterity but, unlike the king-of-many-wives, Martin was tried and only not charged because he was found to be insane. He died in a London Hospital in May 1838. 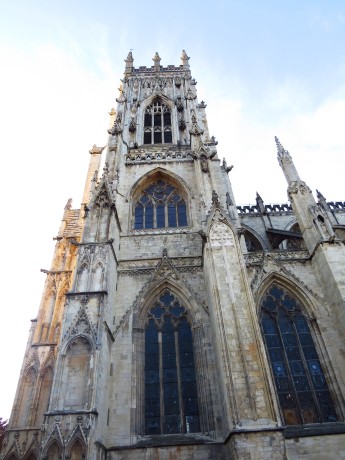 How can you not love a city with such a fiery (no pun intended…OK pun intended) past? And don’t try to tell me that only a history nerd would love York for this reason because that is patently untrue. Everyone loves a good story. At least, everyone reading this blog must – it’s either that or you’re a glutton for punishment.

If you haven’t been able to tell by my photos, just trust me. It is spectacular.

All right, so admittedly most of my photos were of walls. Which I loved…But for those who need actual proof that York is not just some strange stone-walled labyrinth complete with a wandering minotaur – Here you are: 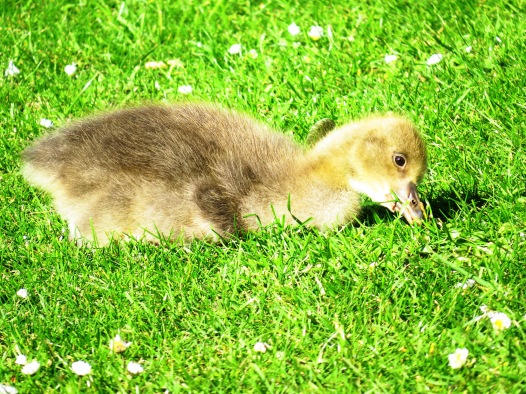 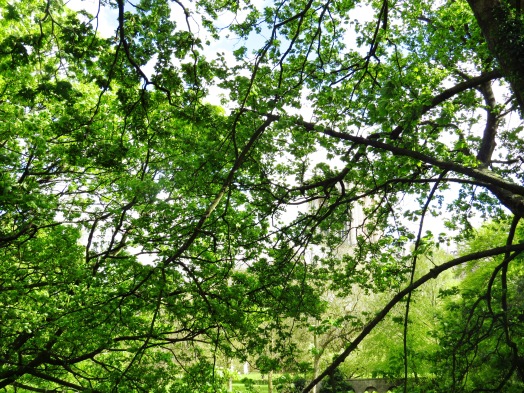 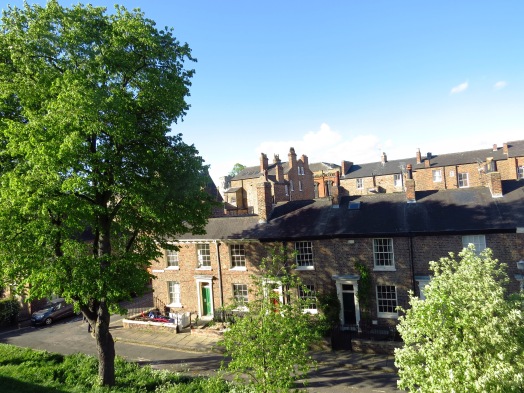 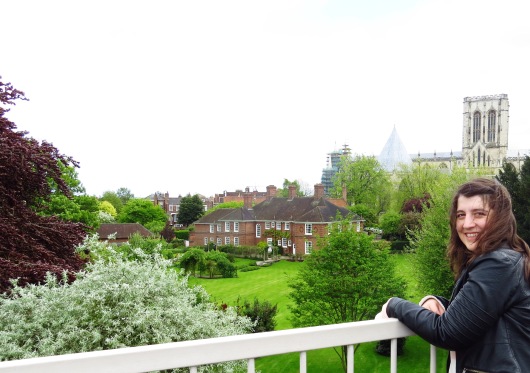 Have I convinced you yet? No? Oh for goodness sake, look at the pictures again…will ya? It gives even the Emerald Isle a run for its colour-related title.

If you know anything about my preferred travel style, this is a huge one for me. Remember when Kristen and I made the ambitious plan to see all (or most) of London’s landmarks on foot in one day? It almost killed us.

In comparison, we walked the perimeter of York’s old city in half a day, at a leisurely pace, and still managed to explore the middle bits as well.

Sure, a local Yorky (Yorker? Yorkan? York resident?) may scoff and proceed to tell us of all the beautiful/fun/essential spots me missed.

But for the exploits of a single day? As my Dad would say, we done good. 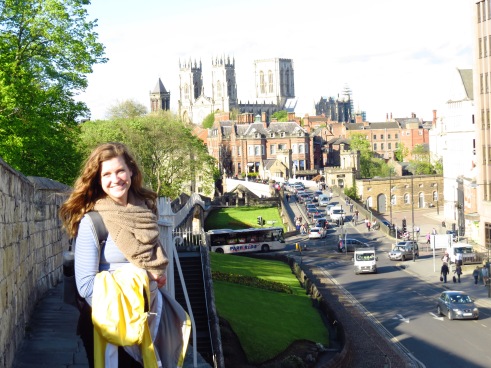 These are my favourite part of any trip and the reason why I usually like to spend at least a couple of days in any city.

Not having that loitering luxury on this trip, Kristen and I made do with the gems we just happened to stumble upon.

A very few of them made it into my previous posts so here they are in short form:

When you reach the Monk Bar, give in to your internal curious cat and open the door ahead of you. Welcome to the random, creepy, Richard III Experience hidden away in one of the old guard towers. Revel in its inherent dimly-lit, puppet-induced eerieness and then exit when you start to feel claustrophobic and/or like the life-sized dummies of the last Plantagenet King of England are following you around as if you personally saw to his death at the Battle of Bosworth. I didn’t take any pictures but further information can be found here.

When you reach the equally random-if-slightly-less-creepy Gatehouse Cafe owned by the Calvary Chapel, an evangelical Christian fellowship from the US, hidden away in Walmgate Bar – step inside for an interesting experience. You will be greeted by some great tea and, more than likely, a lesson on 21st Century Christian missions by the staff who are largely American and almost all Bible College students. Don’t get me wrong, the conversation is fascinating but they are openly more of a missionary than a coffee shop – depending on your level of exhaustion at this point, you may want to bring headphones for this one. The staff is all incredibly friendly and hearing about the opportunities young missionaries are given worldwide is remarkable but, depending on your level of religiosity, the conversation has the ability to lean towards the uncomfortable side. 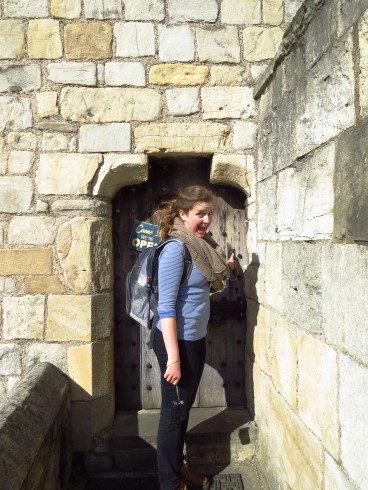 Keep an eye-out for the deceptive markers everywhere in the ground telling you which direction to walk in to find the next section of the wall. They aren’t guaranteed to take you to where you want to go but they will certainly lead you to…something. After all, you were the one who chose to follow tiny metallic circles in the ground – you chose your own adventure there. 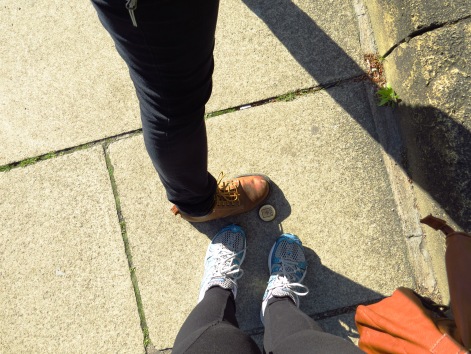 When you’ve finished your perimeter hike, if you started like Kristen and I at Micklegate Bar, the stunning war memorial near the train station is worth a peek. These can be found all over the country but they never fail to bring a tear to my eye, and even to shut me up for at least a few minutes. Take a moment or two to breathe in the silence and memory of the place – it’s worth it, I promise! 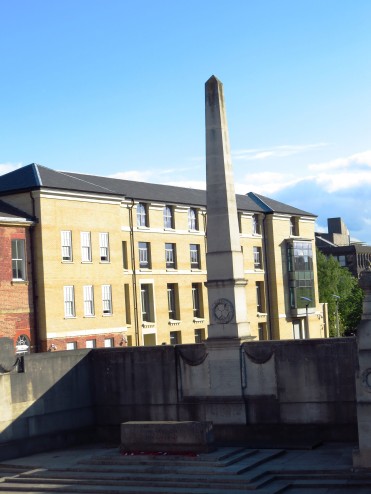 This is just a taste, if you can believe it. There are so many other beautiful spots earmarked for further visits – quiet and visually pleasing spots in which to ponder the secrets of the universe. Or just to rest ones sore feet… 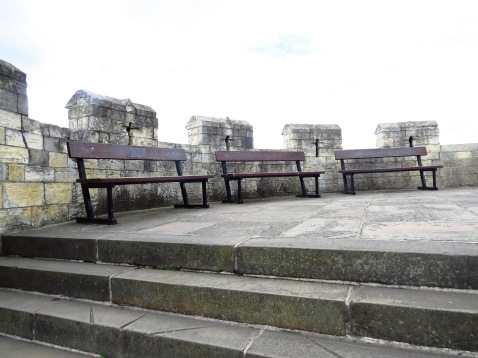 If nothing else, the thrill of discovering more of these hidden gems will certainly pull me back someday. 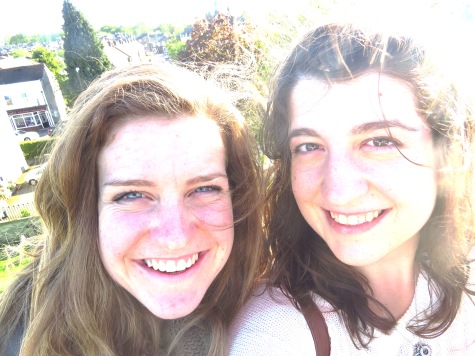 When I first began talking about our trip, some people gasped when I answered the required query “alone?” with the apparently unexpected response of “no, with my sister”.

I can understand the reaction in theory and yet not comprehend why it was so common. I get that, traditionally, siblings fight more than friends because…well…maybe simply because there’s more of a history there. You’ve known each other for at least your younger siblings’ entire lives so there has naturally been more time to build up animosity. Not to mention sure-fire amo for your inevitable word-battles.

Kristen and I haven’t always gotten along. But all the fights growing up seem to have only led to us understanding each other more intricately as individuals. Sure, I know what is guaranteed to make her explode BUT I also know exactly what will make her smile. Or even laugh until she coughs…inevitably…is that a condition?

As sisters, we still flare up at each other but it never lasts long and it certainly doesn’t happen often.

I could not have taken this trip with a better person. She knows how to push my buttons but she’s also got a wonderful joy about her that is infectious. The majority of the trip was spend laughing – largely because of, and not always at the expense of, her. 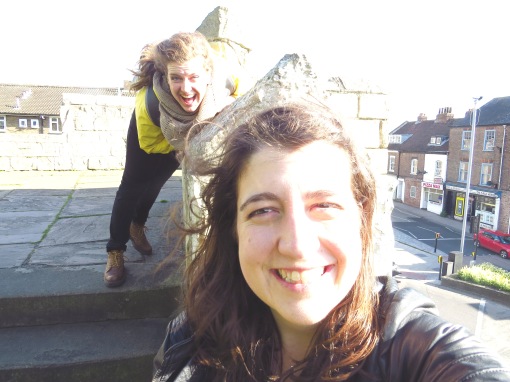 And bonus? She’s super energetic, so I wasn’t ever allowed to get lazy.

Because, she’s an athlete guys. 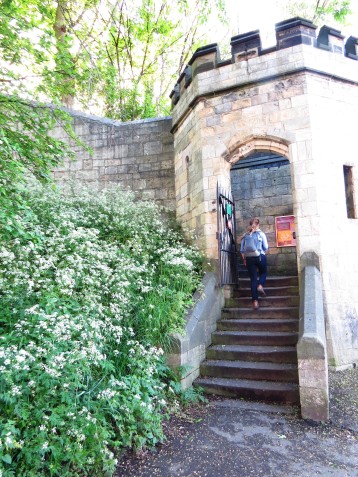 So. There are my long-winded top 5 reasons why I loved York.

You may not love it for the same reasons, internet, and you may still be flummoxed as to why I took up so much space and time describing it in teeny tiny details. I answer these completely invented qualms that I have foisted on a whole host of faceless strangers with the following promise: If you ever have the chance to visit York, and you truly give it the time of day, I am positive you will find something to fall head over heels in love with.

Follow Erin of the Hills on WordPress.com
Join 326 other followers

If you've never been to the Russell Museum, it's worth a visit! Currently volunteering there as a member of the Russell Historical Society. Open Sundays 1-4PM! #LocalHistory #SmallTownLife #museum #museumlovers
Spending Christmas in isolation wasn't great (don't worry - we are all fine!) but I still think this time of year is stunningly beautiful. Here's to a healthy, happy and hopeful 2022! #itsthesimplethings #isolationinspiration #snowscape #snowscene #winterwalks #winterwonderland #countdowntonewyear #hope
So excited to do the 30 day yoga journey with @adrienelouise and @fwfglife! Best way to start the year. Who's with me?! #ywa #ywa30daysofyoga #yoga #newyearsameme #healthyliving
I finally finished this beast of a book! It only took me... 7 months. Anyone else ever experienced a serious reading rut? How do you get out of it?
Cheer for whomever you wish but I gotta say...it's fantastic to be back.
The arrival of Fall means soups and casseroles and chicken pot pies 🤤

Chapters of May
Ashley Spills

You're not Mum, you're Mumtastic.

Writings on life while I go grey here on the Welsh borders.